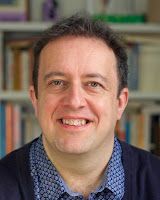 the micro life is a daily updated guide for people interested in tiny homes in the UK.

It is edited and published by Alex Johnson who is the founding editor/publisher of the internationally popular Shedworking and author of the book Shedworking: The Alternative Workplace Revolution (Frances Lincoln, 2010).

A judge for the annual National Shed of the Year competition for several years, Alex is an experienced journalist who has been part of online team at The Independent since 2007 where he was shortlisted for National Property Columnist of the Year. He is also the author of Bookshelf, (Thames & Hudson, 2012), Improbable Libraries (Thames & Hudson, 2015), The Book of Book Lists (The British Library, forthcoming October 2017), and Book Towns (Frances Lincoln, forthcoming 2018).

One of the attractions of living in a tiny house is the lack of massive mortgage payments. This is just as well since the high street banks are hardly lining up to provide tailor-made products for tiny homes. Here, for example, is what Nationwide say about the issue: You can't currently get a mortgage for a tiny home, although as they rise in popularity, this may well change. Depending on your financial situation and credit rating, you could get a personal loan to buy your property. The personal loan cannot be used to purchase land - it can only be used to purchase the tiny home itself. Talk to a financial advisor to find the best option for you. At the end of 2017, Which? asked six major providers how they felt about lending for smaller homes. HSBC didn’t reply, and Lloyds Bank, Barclays and Santander said they didn’t have an official size limit, simplty going on the basis of a professional valuation. Nationwide and RBS said they would not lend on properties which had floor …

A nice round-up of 10 tiny homes by The Irish Times includes this two-bedroom cottage called The Secret Garden in Tuosist, County Kerry, 12km away from Kenmare. Features include a wood-burning stove, baby Aga, bedrooms under the eaves and obviously some really spectactular views. On for€286,000 with Sherry FitzGerald Daly.

Family of five will homeschool in their tiny home...the tiny house trend in Japan... does your retirement plan include tiny homes?... Rocky Mountain Tiny Houses' latest build La Luna Llena... wild-west themed tiny house for sale... a tiny house for you and your friends at the Building Museum... would you live in this tiny home community on the New Orleans lakefront?... folding M.A.Di Home available in 290-square-feet tiny home size... George Clarke (above) shows how to build a DIY tiny house for $50k... tiny houses are trendy — unless they go up next door... tiny homes could become the homes of the future (video... new regulations result in surge in popularity for tiny homes... why a tiny home isn't really a trailer or an RV... tiny homes bring big business for developers... tiny home village announces 10-year plan to reduce homelessness... Fresh Prince, tiny houses and the new generation of home hunters...