"A renovated garage, a model of micro living" 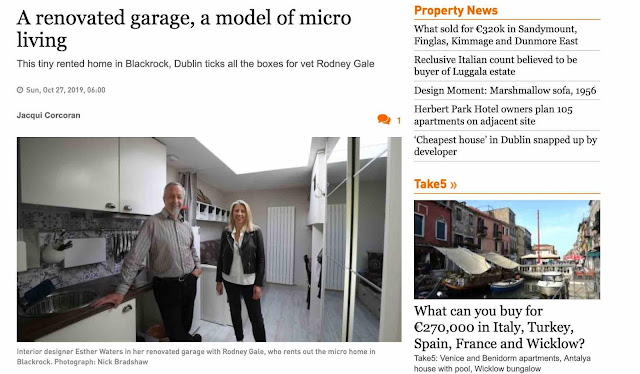 An interesting article about a tiny house conversion in Blackrock, Dublin, reported in The Irish Times. Here's a snippet"


For over a year now, Rodney Gale has lived in a space measuring 6ft by 13ft. His Dublin rental is a former garage that was converted into a dwelling by his landlady, Esther Waters, an interior designer who specialises in small spaces. The garage adjoins Waters’s own home, a three-bedroom semi detached house in a quiet road in Blackrock.