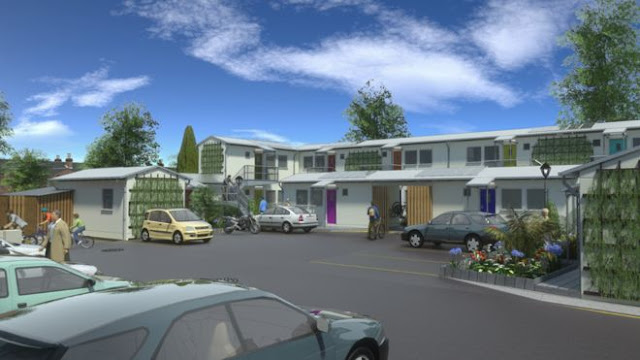 We've been following the progress of the iKozie tiny home plans in Worcester for some time so were delighted to hear that the council has now given its full approval to the scheme.

A total of 16 iKozie homes, all single-person properties, will be built in the city on a former car park site in a £1m project. Five will accommodate people on Worcester City Council's housing waiting list and the remaining will be privately rented rather than for council use. Each will come in at 17.25 sq metres and include a bedroom, shower room, living area and kitchen. They should be up and running by about this time next year.

The BBC reported that James Stanley, the chairman of the authority's communities committee, said:


"This is a much-needed and innovative housing solution, which will help more people in the city to live independently while also benefitting from being part of a wider community."