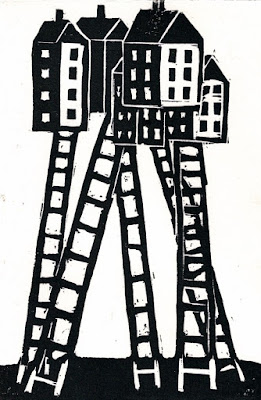 Seven in 10 people say that the difficulties young people have getting onto the housing ladder is one of the biggest problems we have in Britain today, according to a survey by the Building Societies Association.

However at the same time the desire for home ownership remains strong. Almost half of people aged between 25 and 34 who aren’t on the property ladder say they want to own their own home within the next 10 years.

Yet many in this age-group are highly pessimistic about their prospects of achieving home ownership even if they wait a decade with  41% believing that doing so is unlikely. Figures released by the BAS indicate:
High house prices driven primarily by insufficient housing supply is one of the main causes of the problem. In practical terms the primary issues that 25 to 34 year olds say that they face are:
Paul Broadhead, Head of Mortgage & Housing Policy at the BSA said. “It is stark and worrying how gloomy many young people are about their chances of future home ownership.  With the average age of a first time buyer standing at 33, this is the very group most likely to be considering buying.  If they are right and their chances in 10 years-time are still bad the societal divide and economic impact already being felt can only grow."