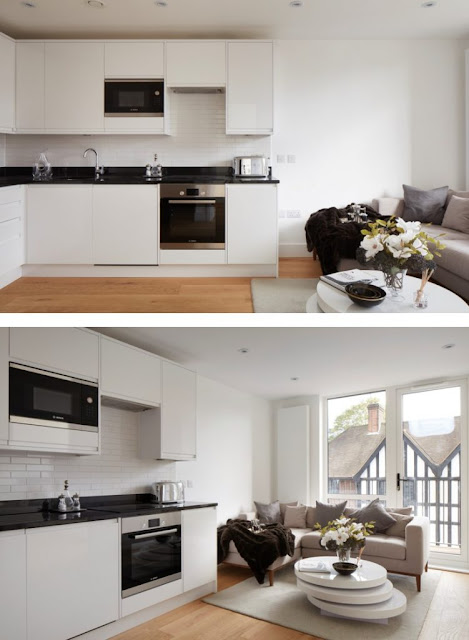 A YouGov poll for Inspired Homes shows that 71% of adults support micro apartment. They were shown the images above and the video below of a 31 square metre apartment at Central Cross, Croydon.

Then they were asked if they would support or oppose micro-apartments of this size being built.
People below 35 and over 55 were very supportive of micro-apartments with 74% supporting in both categories, but the most supportive age group was 18-24 year olds (84%). Those with children (73%) were more likely to support than those without children (69%), while those living with friends or housemates (80%) were the keenest supporters.


The UK property market boasts an increasing number of homes smaller than 37sqm, the minimum studio floor area under national standards. Almost 8,000 new micro-homes were built in 2016, the highest number on record, according to Which? analysis of Land Registry data.

Read more: https://www.which.co.uk/news/2017/08/the-30-sqm-squeeze-would-you-buy-a-micro-home/ - Which?
According to Which?, there are increasing number of UK homes smaller than 37sqm, the minimum studio floor area under national standards. Its figures show nearly 8,000 new micro-homes were built in 2016, the highest number on record.

In the YouGov poll, income made a big difference to how people voted, with those earning below £40,000 a year far more likely to support (73%) than those earning £40,000 pa or more (65%).
Martin Skinner, Chief Executive Officer at Inspired Homes, said: “The poll shows that people are overwhelmingly in favour of allowing micro-apartments to be built. It is even more conclusive given that respondents were from all over the country and different walks of life. We knew micro-apartments were popular with first-time buyers, but the results indicate that they also appeal to downsizers.

“As a parent myself, we desperately want our children to be homeowners, so I’m not surprised that parents support the development of micro-apartments. Our buyers are typically young professionals living in house or flat shares before they purchase and the poll confirms that this group is clearly in favour of smaller, more affordable homes being built. There is a dwindling supply of office buildings to convert and a number of local authorities have exempted themselves from Permitted Development rights. We hope that the ‘micro’ question has now been answered and urge the Government to rethink its policy on space standards so more people have the opportunity to get onto the housing ladder.”
news