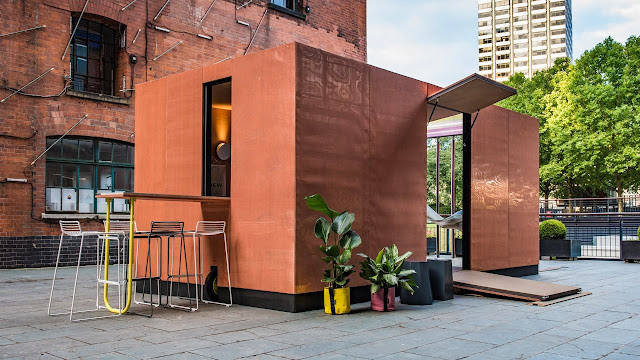 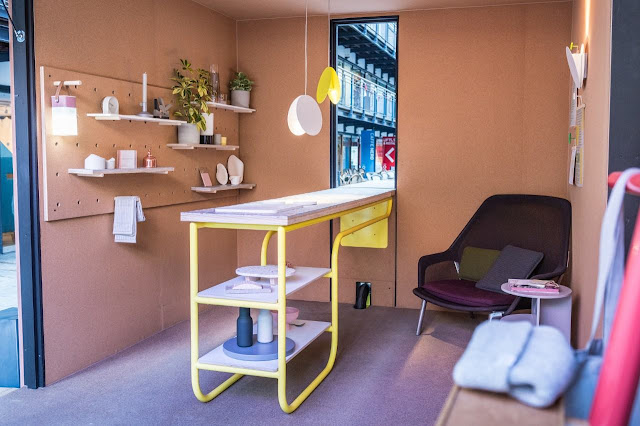 This compact micro-house from Mini Living measures 15 sqm and has been one of the hit talking points of the 2017 London Design Festival. According to the designers "the design is inspired by London’s rich history of geometric facades" and their goal was "to create a house with limited space that is inspired by local surroundings. The general idea behind the cabin is to help address the need to live in a constantly growing city without having to compromise on quality or a unique urban landscape". They continue:


The kitchen for example, a space where people come together and traditions thrive, has been created with London’s food markets in mind, aiming to bring their culture and diversity into the home. It has been designed with versatility in mind; the table can spontaneously be moved outside to take advantage of warmer weather.

Built by Aldworth James & Bond and designed by architect Sam Jacob it also has its own microlibrary because according to Jacob: “London is a city of books before it is a city of architecture. We created this library as an extension to domestic space that contains a certain spirit of the city. Recalling the grand libraries as well as the book-lined studies of domestic life.”

The next Urban Cabin will be unveiled in October in New York, where it will be home to various events and workshops looking at the development of the Urban Cabin into an inhabitable concept for major cities in 2018.